Dogecoin (Ð) was created as a bit of a joke but quickly developed a strong following. It was launched on the 6th of December 2013, and by January 2014 it had a 60 million USD capitalization. For a brief time in January 2014, the trading volume for Dogecoin actually surpassed that of Bitcoin and all the other cryptocurrencies combined. 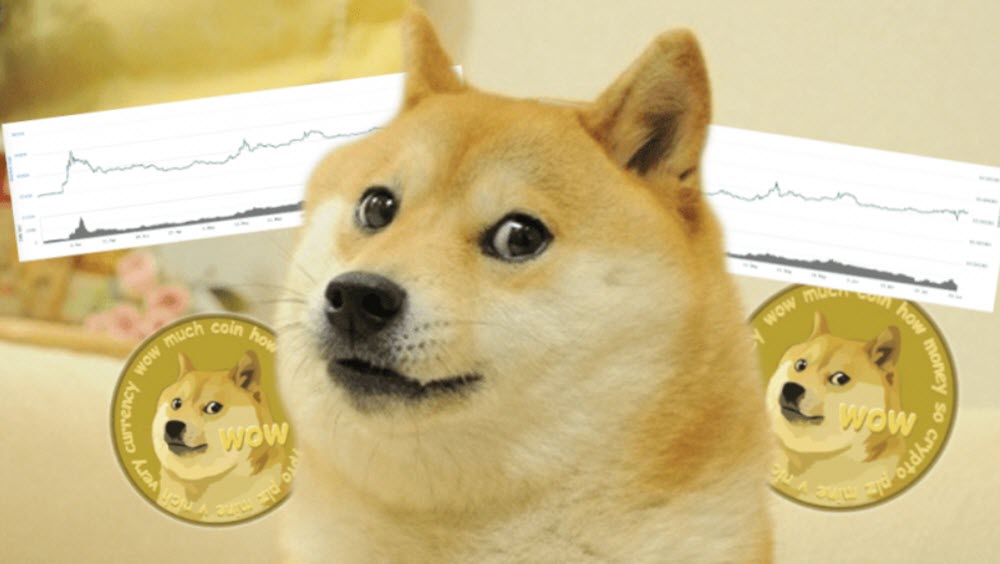 Dogecoin is based on Luckycoin (which is based on Litecoin) and uses scrypt technology in its Proof-of-Work algorithm. The scrypt prevents the use of SHA-256 equipment to create new Dogecoins, and the scrypt also makes it more complicated to set up dedicated FPGA and ASIC devices for Dogecoin creation.

Originally, Dogecoin gave out a reward of random size for each mined Dogecoin block. (The same system as Luckycoin.) In March 2014, Dogecoin shifted over to a fixed-size reward per block.

The Dogecoin is today chiefly used to make donations online and support content creators. Few vendors accept payment in Dogecoin, except within certain online communities. One example of a place online where Dogecoin is well-known and utilized is Reddit.

Ever since its launch in December 2013, Dogecoin has had a strong association with donations and fundraising events. When a hacker stole dogecoin on Christmas Day 2013, a highly successful fundraising was launched by Dogecoin users to compensate the victims. In January 2014, another notable fundraising event took place, where the equivalent of almost 130,000 USD was raised in 19-22 January to help the Jamaican Bobsled Team which had qualified for the 2014 Sochi Winter Olympics but lacked the funds to participate.

Examples of platforms where you can trade Dogecoin against traditional currencies

The creation of new Dogecoins

Instead of giving Dogecoin minders a fixed reward per block, Dogecoin paid a randomized reward until March 2014 when they switched over to paying fixed rewards.

The history of Dogecoin

The Oregon-based programmer Billy Markus wanted to make a fun cryptocurrency that could reach a broad group of people. On the other side of the world, Jackson Palmer got interested in the idea, so he bought the dogecoin.com domain and just put a Dogocoin logo on it. Markus reached out to Palmer and they decided to turn Dogecoin into a reality, using Luckycoin, which in turn is based on Litecoin, as a base.

The cryptocurrency Dogecoin was launched on the 6th of December, 2013.

Dogecoin went through a quick boom and bust very soon after being launched. Its price against the dollar began to rise sharply on December 19, and over the course of just a few days, the cost of 1 dogecoin in USD rose from 0.00026 USD to 0.00095 USD. A few days later, the price had dropped by 80%. The main reason for the drop was increased supply rather than decreased demand, as large-scale mining operations had gotten started.