The cryptocurrency PotCoin (Ᵽ) was launched in January 2014 by three Canadian entrepreneurs to serve as a cryptocurrency for the legal cannabis industry.

Like most digital cryptocurrencies, PotCoin is blockchain-based. It uses open-source software released on the MIT/X11 license.

PotCoin started out as a fork of Litecoin-QT, but there are several differences between Litecoin and PotCoin. Among other things, PotCoin has a quicker halving schedule, shorter block generation time and a higher ceiling for the maximum number of coins. In August 2015, the difference between the two cryptocurrencies became even larger, as PotCoin switched to Proof-of-Stake-Velocity (PsSV). 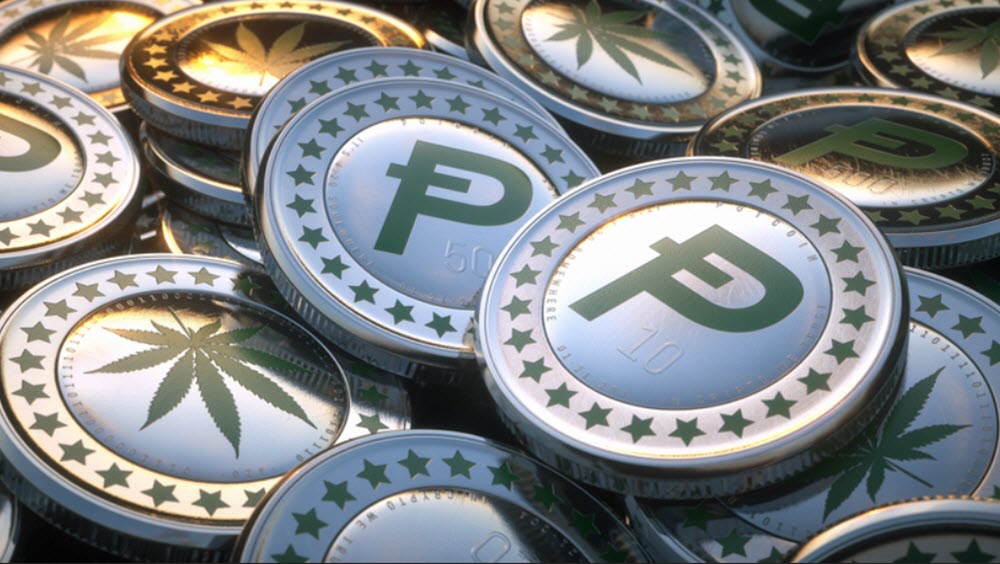 New PotCoins are created in a fashion similar to how Bitcoins and Litecoins are created. The creation of new PotCoins is known as PotCoin mining, and can be carried out by various types of hardware, including CPU, GPU and scrypt ASIC.

Back in January 2014 when PotCoin was launched, the block reward for PotCoin mining was set to Ᵽ420 per solved block. On the 1st of June that same year, it was changed to just Ᵽ210.

The history of PotCoin

PotCoin was launched via GitHub on January 21, 2014, at exactly 4:20 pm. Four-twenty is North American cannabis culture slang for marijuana consumption.

Chronic Star Medical was the first cannabis vendor to officially announced their willingness to receive payment in PotCoins. This happened in February 2014.

Getting more investors onboard

In late March, the PotCoin team announced that they had secured their first seed-round investment.

PotCoin received a lot of media attention in early 2014, since it tied together two areas that were already very trendy at the time: cryptocurrency and legal marijuana. The new cryptocurrency also featured heavily in news regarding the upcoming April 20 celebrations. April 20 is a day when Cannabis culture is celebrated in North America.

On April 19, the market capitalization for PotCoin peaked at 1 million USD.

On April 20, PotCoin lost half of its market capitalization in a single day.

In early 2015, the PotCoin development team left and the enterprise was taken over by PotLabs. In August 2015, PotLabs switched PotCoin over to a Proof-of-Stake-Velocity (PoSV) algorithm. As a result, the PotCoin network developed issues that often prevented it from attaining the normal speed. Several cryptocurrency exchanges reacted by temporarily stopping all PotCoin trading on their platforms. The issues persisted for several weeks, but were eventually fixed.